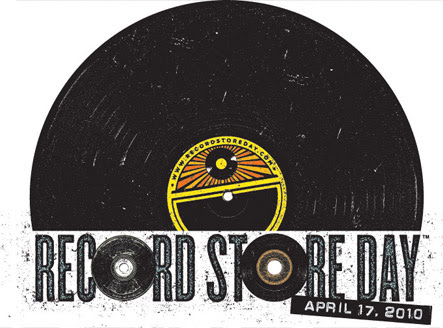 To celebrate we played a bunch of tracks that Scott & I had discovered (been exposed to) while working in 2 of Windsor's finest independent record stores. The show resembled a Rewind! show except for the fact that were new exclusive Record Store tracks from Blur and The Cribs. The Editors made it to impossible for the masses to enjoy their exclusive. I guess their pleased with only a 1000 people hearing their track. The show could have gone on for hours. But once again we ran out of time.

blur - fool's day
the cribs - so hot now
the top - no. 1 dominator
1000 violins - locked out of the love-in
gloss - lonely in paris
the snapdragons - dole boys on futons
warm jets - never never
lucy show - a million things
secret shine - honey sweet
a drop in the gray - all the same
airhead - i might fall
the young offenders - that’s why we lose control
early years - all ones & zeros
the armoury show - we are brave again
ups and downs - the living kind
a house - call me blue
breeding ground - this time tomorrow
easterhouse - whistling in the dark
salad - drink the elixir
january - i heard myself in you
the loft - why does the rain?
octopus - your smile
my vitriol - always your way
biff bang pow! - someone stole my wheels
bennet - mum's gone to iceland
laugh - paul mccartney
world of twist - she's a rainbow
bridewell taxis - just good friends
urusei yatsura - eastern youth
cub - little star
mainstream - privilege
close lobsters - just too bloody stupid
scott 4 - lefturno
thurman - she's a man
Posted by Cowboys And Indies Radio Program at 11:16 AM