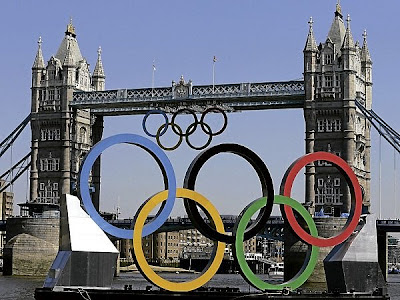 With the Olympics in full swing now, we celebrate the London Olympics Indie style!
Tonight, a themed show playing tracks to do with the Olympics and London.
I found I had to be very literal because the amount of tracks would have been overwhelming. So I decided to concentrate on tracks that reference the Olympics and places in London in the song title. Still ended up with a wide varying selection.
Hope you enjoyed the show.

The Greatness & Perfection Of Love! Show tracks for Sat. July 21/12

"It is with deep sadness we announce the passing of Jon Lord, who suffered a fatal pulmonary embolism today, Monday 16 July at the London Clinic, after a long battle with pancreatic cancer. Jon was surrounded by his loving family," a message on the website said.

We open the show with a tribute to Jon with Never Before and Kula Shaker's version of Hush.

As promised, since if I played this on the air it would offend some people's delicate sensibilities. But they can't control the blog! lol Besides the language is not that bad and it's too good not to be featured somewhere.
http://soundcloud.com/sainted-pr/reverend-and-the-makers-bonus

If you missed the free download of Two Door Cinema Club's new single Sleep Alone it's streaming on their Soundcloud page.

Pulled out some "summer" themed tracks for tonight. Don't know why really, it's been officially summer for a couple weeks now. Maybe it's heat exhaustion.

Happy Bastille Day to our French listeners. Storm the palace!
For you this;


No proper album session tonight. But we did take a look at 4 new albums from The King Blues, The Crookes, Visions Of Trees & Saint Saviour. Mainly because I couldn't decide which one to make the proper session. OK call it a cop out...lol

Posted by Cowboys And Indies Radio Program at 10:37 PM No comments:

Smoking Like The Barrel of a Gun! Show tracks for Sat. July 7/12

Smoking indeed. One of the best shows I've done in a while.
First time in a long while that all but 2 tracks were new releases (or at least first time plays). Still had more that I could have featured. I think I need a longer show....lol

As most of the free world has heard by now, Blur have released a new single. Their last? As far as they are saying it is. We featured both tracks tonight. I was thinking of doing a whole retrospective show on Blur when their big box set is released at the end of the month. What do you think?

Father Sculptor are recording & releasing a new song every fortnight throughout the summer of 2012. Make sure you head on into their site next Monday to download it for free.
http://fathersculptor.bandcamp.com/

Compiled from playlists, listener requests and dj input for June 2012
Posted by Cowboys And Indies Radio Program at 3:26 PM No comments: