What? You missed the show? Fear not, use these!
Part One
Part Two
Posted by Cowboys And Indies Radio Program at 10:51 AM No comments:

Missed it?
Part One
Part Two
Posted by Cowboys And Indies Radio Program at 1:55 PM No comments: 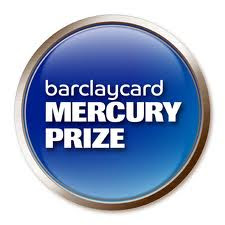 So the big news of the week was the Mercury Music Prize shortlist announcement. As has been the custom in the last bunch of years we profile the artists that were nominated. Actually, all but 2 of them have been played on the show before. Days after the announcement the controversy started with My Bloody Valentine feeling "banned" from the proceedings. It turns out their album was far too independent and they didn't meet the minimum requirements to be considered. I wonder if this will be the spark to change the requirements to allow more independent artists/albums.
We lead into the profile of all 12 nominated artists with last year's winner.
As if that wasn't enough there was still time for new music from Wedding Present, Comet Gain, Summer Camp and Manic Street Preachers in the LP Session.
What more could you ask more, except less talking from me! More Rawk, Less Talk!

If you missed it, these might help!
Part One
Part Two
Posted by Cowboys And Indies Radio Program at 10:22 AM No comments:

Back to school can only mean one thing, loads of new music of course...what were you thinking of? Tonight we feature new albums from Babyshambles, Glasvegas, UB40, No Ceremony/// with Arctic Monkeys in the LP Session. I haven't even mentioned the new singles yet. Can U dig it?
Welcome back students of all ages and grades! We open with our traditional welcome back song just for you.

Hear it again or for the first time!
Part One
Part Two
Posted by Cowboys And Indies Radio Program at 5:40 PM No comments:

The Best Of The British Indie/Alternative Scene

Compiled from playlists, listener requests and dj input for August 2013
Posted by Cowboys And Indies Radio Program at 3:41 PM No comments:

So the big announcement was the free ticket for Peter Hook & The Light performing in Detroit. Did the hint give it away, "artist of the highest order", get it...New Order, Peter was in New Order. Oh well, it seemed like a pretty cool way to handle it..lol Enjoy the concert!
Other than that it was business as usual. I saved all the new singles until next week but did feature Money in the LP Session. For good measure threw in two tracks from King Krule's new album as well.
Hope you enjoyed the show. As always links to download the show are at the bottom of the page.

Gone for the long weekend, don't worry you can still get the show here!
Part One
Part Two
Posted by Cowboys And Indies Radio Program at 10:43 AM No comments: